Be one with your shadow 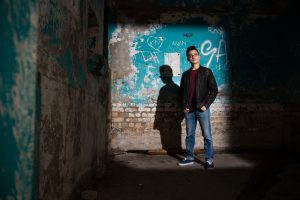 Shadowary is founded by Benny Ng and based in Sydney, Australia. He describes Shadowary’s music as “heavy rock with a molten core”.
It is “heavy rock” because of metalcore, pop and rock influences.
It has a “molten core” because the music expresses vulnerability and passion at the same time.
Honest lyrics set to catchy melodies on a backdrop of distorted guitar rhythms – Benny juxtaposes clean vocals and gritty screams to inject raw passion into the songs.
Growing up, Benny had always wanted to belong. To be part of the group, part of the team.
Angst and frustration built up as the sense of isolation grew day after day.
Like many teenagers, he made his fair share of mistakes growing up.
Music became his outlet for pent-up emotions boiling under the surface.
“Writing and singing songs is how I deal with my emotions. Music gave me an outlet for my frustration and anger. I want to do the same for others. I want people to be inspired by our music and know that they’re not alone,” Benny said.
Citing Motionless in White, Linkin Park and Bring Me the Horizon as his main influences, Benny is actively writing new music.

ALL ALONE is Shadowary‘s debut single.

Please note: We will be sending you emails about our music and band. We will never sell or share your email address. Unsubscribe at any time.